A Penwasser History of the World Part V

NOTE:  I'll continue to post this disclaimer.  I'd like to caution against using any of the nonsense below to study for the History Advanced Placement Examination.  If you do, the only college you'll get into is Klown Kollege and you'll probably be confused for Alexandria Ocasio-Cortez.  Although, this is more of an opinion than anything else.  Still, better you should read a book to get actual facts.

Since we've left the dinosaurs, cavemen, and "Make Pangea Great Again" ballcaps of prehistory behind, we'll soon (and, by "soon," I mean "next week"), be getting into those bits of history which were actually written down.

Whether hieroglyphics, cuneiform, or Sanskrit (is that a language?  I think it's a language.  Sounds like a language.  As always, I don't feel like looking it up.), people will begin writing down political philosophies, business transactions, methods of agriculture, weather observations, and limericks.

They had no set reference, though.  Okay, they probably did, but nothing like our standard method of dating.  After all, we're so much advanced than the primitives of the past, with our space travel, electric cars, and poop on sidewalks.

NOTE:  Judaism uses a different method of dating for their holy days.  While they undeniably date things with the method others use, they also use a system based on the Torah, Abraham, or something like that to confuse the living daylights out of us.  Or drive us meshuggah, if I may.  Isn't it something like the year 4,000 or something?  I don't know.  My head hurts.

In the last years of the 20th Century, though (proving that people have been wacky for decades), a new method of dating things has arisen in academia and general society: that of "B.C.E." or "Before the Common Era" and "C.E." or "Common Era."

This was done to downplay the influence of Christianity and the Western World.  Don't try to tell me this isn't so. 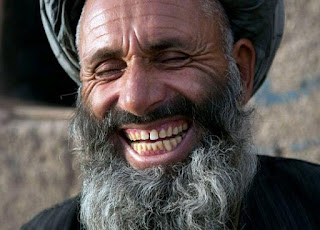 Now, okay, I guess I'm okay with that.  I mean, if I wasn't a Christian, I'd probably have a problem with talking about something which happened in the "year of our Lord."  After all, Jesus isn't the Jews' Lord, an atheist has no Lord (unless you count the "God of Climate Change."), pagans worship sticks, Jehovah's Witnesses worsh...hell, I don't know what they do, and Satanists idolize...uh...Satan.  Muslims would get ticked, I suppose, but they're too busy bitching about ham on airplanes.
NOTE:  I'm making outlandish generalizations for comedy purposes only.  Get over yourselves.

The problem I have with this, though, is what exactly is "Common"?  Sure, Christianity and Judaism are common (Buddhism was also around, I think, but I'm trying to make a point here).  You can't exactly say Islam was common, because that religion didn't start raging around the Middle East and Mediterranean until 632 A.D.
This means that, if you were going for a "common" vibe (using the "Big Three."  And Buddhism.  Happy now?), the year should actually be 1387 C.E., instead of 2019 A.D.  By the way, I know that "A.D." should go before the year, smart guy.  Shut up.

No, what this is is a politically correct way of changing the name of something without actually changing anything.  The years are still the same.  In other words, Jesus was still born in the same year, except now it's 4 B.C.E.

If the "C" stood for "Christian," it would at least be an accurate statement of fact.  Even though I'm not advocating that, you couldn't argue that Muhammed was born in 570 of the Christian Era.

Once again, though, I understand the reticence towards
"Christian Dating."
So, if you want to go away from a Christian lens, why not date things from the start of Islam?  Or maybe the founding of Rome?  The fall of the Western Roman Empire?  Norman Conquest?  Invention of the sex doll?

I realize that won't happen because can you imagine the disruption that would cause to our sense of our place in the world, to say nothing of what it would do to Hallmark?

With that being the case, I'll just go right on using "BC" and "AD,"  thank you very much.  There'll be no silly "B.C.E." and "C.E." nonsense here.  If you're the type of person who is uncomfortable with those terms, rest assured that nothing is different.

The existence of syphilis was first recorded in 1495 A.D., which is the same as 1495 C.E.
There, that's something you know now.
- June 29, 2019 18 comments:
Email ThisBlogThis!Share to TwitterShare to FacebookShare to Pinterest


- June 26, 2019 11 comments:
Email ThisBlogThis!Share to TwitterShare to FacebookShare to Pinterest


- June 19, 2019 12 comments:
Email ThisBlogThis!Share to TwitterShare to FacebookShare to Pinterest


- June 12, 2019 14 comments:
Email ThisBlogThis!Share to TwitterShare to FacebookShare to Pinterest


Anyway, the first critter to sally forth upon terra firma (which probably wasn't very firma) was a charming little rascal called Perdepes Finneyae (FULL DISCLOSURE:  If you think I actually knew that name and didn't have to look it up, you give me much more credit than I deserve.  I'm mostly winging this, but occasionally I'll need to look something up.  I think its modern cousin is the "Lungfish."  Or Whoopi Goldberg).  Anyway, it could breathe air, as well as live and breath underwater.  I think we call them amphibians.  Or Aquaman.

The Pre-Cambrian was noted for swamp muck and not much of anything else except for some life in the oceans, like starfish, algae, and the boring trilobites.

Next up was the Paleozoic Era (fewer letters to type than 'epoch' so I'm going with 'era.' Sue me).  It didn't last all that long.  Relatively.  But, it was marked by a rush of life moving from the oceans onto the land.  Starting with the aforementioned goofy lungfish milling about the ferns, we begin to see (well, not 'we,' exactly.  Maybe Betty White, though.  She's pretty old) more advanced forms of life culminating in a dinosaur looking thing with one hell of a back grill.

It was during this time that the major land masses of the Earth, moving around on their tectonic plates, collided together to form a Super-Continent known as "Pangea."  Many people in the past doubted this actually happened, but archeologists digging in what would eventually become Mara Lago, discovered fossils wearing MPGA ballcaps.

Anyway, it was all for naught (or is that 'nought'?)

when the Earth suffered its first mass extinction at the end-naturally-of the Permian Period (which was actually kind of fortunate, because the dimetrodons could avoid going to Math during Third Period). 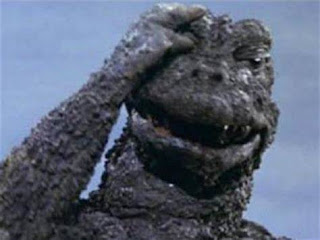 No one knows what caused this extinction (a comet, plastic straws, or volcanic instability), but what became known as the "Permian Extinction" wiped out over half the life on the land and  nearly everything in the oceans.

Basically, I bet it sucked.

Especially, for the tough-guy dinosaurs who wanted to rumble with the Tyrannosaurus and Velociraptor.


- June 08, 2019 18 comments:
Email ThisBlogThis!Share to TwitterShare to FacebookShare to Pinterest

- June 05, 2019 12 comments:
Email ThisBlogThis!Share to TwitterShare to FacebookShare to Pinterest

A Penwasser History: Part I

NOTE:  Before I get started, I'd like to thank the beautiful and talented Robyn Engel of Life By Chocolate for inspiring the title for this series of posts.  While not completely what she suggested (I edited it down for size), it retains the spirit of her spunky humor.  Thank you, Robyn!
NOTE 2:  Now go visit her blog.  You think I went to the trouble on inserting the link for my health?
NOTE 3:  Honorable mention goes to Chris of Tilting At Windmills.  He may not be beautiful, but he is talented and humble.
NOTE 4:  Inserted a link for Chris, too.  Same reason.  Just come back when you're done.  Please.
NOTE 5:  As mentioned last week, I'll no doubt insult pretty much all elements of society here.  So, don't get your knickers all in a huff.  If I haven't mentioned your favorite target of scorn and derision, be patient.  I'll get to them eventually.  Except those who behead people.  Because behead people.

NOTE 7:  What say we stop with all these frikkin' notes already?

A long time ago, which is defined as 14 billion years (give or take) or (for evangelicals) last weekend, there was a bang the likes of which wouldn't be seen until Chris Christie fell while chasing that ice cream truck in front of a Trenton Dunkin' Donuts (talk about your basic conundrum).

The result of this massive explosion was that the cosmos began racing outward at breathtaking speeds (once again, think Chris Christie and the ice cream truck) towards the outer edge of the universe where it will no doubt meet Arya Stark.

(Another NOTE:  If you don't get that line, watch the last episode of Game of Thrones.  Hey, I can't do everything here).

For some reason, some things decided to remain.  No, I don't get it.  Why would anything hang around after an explosion?  Stephen Hawking would probably know, but, like Gary Coleman, he's unavailable for comment.

Anyway, said elements then coalesced into the planets, moons, and suns of which we are most familiar.  Some would be hot, some would be cold, some like it in the pot nine days old.  Some would be gassy (those planets never get invited to Planetary Barbecues) and some would be punchlines for junior high school kids (e.g., Uranus).

One such planet was named "Earth" after a suggestion from Robyn Engel.  This didn't seem to make a whole lot of sense because most of the planet which was third in line from Hot Bright Thingie (an accurate, if clumsy, moniker) was water.  Okay, Robyn is beautiful and talented.  She just isn't too quick when it comes to Science.

She did come up with the name of the red planet, Mars, where she plans to open a chocolate farm.  Mars...chocolate...get it?

Should have asked Bill Nye.  Who at least is more approachable than Stephen Hawking.
Unless that Beakman guy is still around.  I wonder whatever happened to him.

The infant Earth went through probably billions of years or an afternoon (once again, evangelicals) cooling down, solidying what little ground it had (thanks, Robyn!), and putting up curtains until something in the water (which was maybe hit by lightning or fertilized by aliens) decided to get jiggy with themselves and reproduce.

music hadn't even been invented yet.  Anyway, reproduce and multiply they did until we see the oceans teeming with life:  fish, seaweed, Aquaman, primeval mob hits, you name it.

Eventually, one of these fish, growing weary of being munched on by prehistoric sharks (which would go to evolve as lawyers) or want ting to escape Mrs. Fish, decided to give what looked like legs a try.  So, with great effort, he (okay, I'm assuming gender.  Shut up) heaved himself on the shore and became our great-great-great-great (insert a shitload of "greats" here) grandfather.

He actually would have preferred identifying as a great (and so on) grandmother, but his neighbor, Caitlynopitheticus, already cornered that market.

Not only would this set the stage for the future of the planet, it goes a long way toward explaining into why Great-Aunt Edna looks like a fish.

Next week:  The Dinosaurs and Flintstones.... 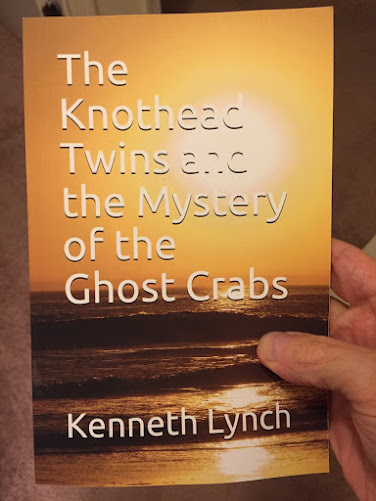 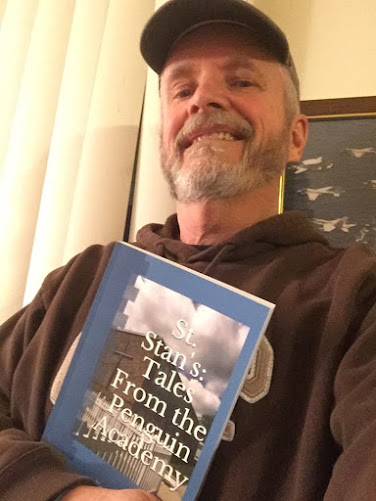 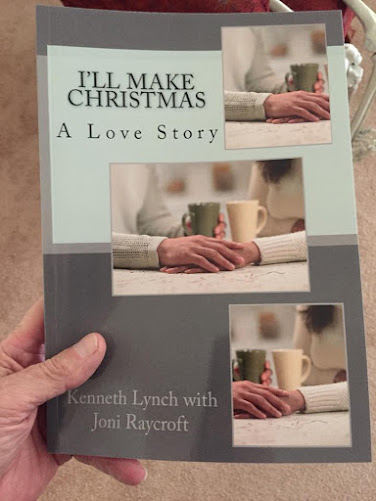